Series: That You May Believe

Series: That You May Believe

That You May Believe

The Book of John - January 9th, 2022 thru TBD: Who knows you best? When Jesus walked this earth, He had a best friend named John. John was an eyewitness to Jesus entire ministry, and no one knew Jesus better than John. Long after Jesus had returned to heaven, the other disciples had all died, and the last eyewitnesses to Jesus were reaching the end of their life, John sat down to write about his best friend and Lord, Jesus Christ. He’s an old man now. His face is worn and wrinkled, his body moves a bit slower, and his eyesight is dimming, yet he has a lifetime of vivid memories. It’s been decades but John sees Him still. He had been with God. God had been with him. How could he forget? Scenes are branded on his heart. Words seared into his soul. He would always remember. He had been there. He had witnessed it all with his own eyes. How will others know unless he tells them? Suddenly, in his heart he knows what to do. The old fisherman sits down, unfolds the scroll and begins to write the story of His life, the story about his best friend and Lord, Jesus Christ. “In the beginning was the Word…” 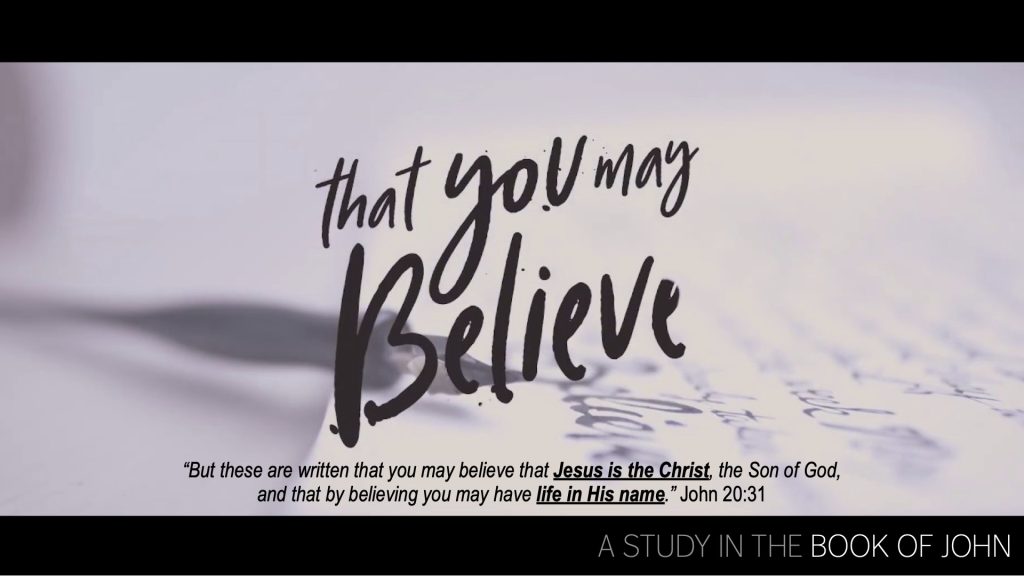 Sermons in That You May Believe

We would love to keep in touch with you! Sign up for our weekly Newsletter here!